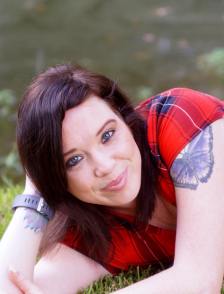 Jae Dawn is a South Louisiana native who doesn’t quite yet live in her beloved New Orleans, but an hour away isn’t bad. She’s a dedicated long-running volunteer for Magic Happens Rabbit Rescue but is ironically a mom only to rescue cats, Venom and Phoenix.

A restless soul, Jae suffers from major wanderlust and a frequent need for adventure, dreaming of travelling the world and living in exotic places. It is that restlessness that guides her muse and inspires whatever story demands to be written next.

Connect with Jae at:

Jae’s debut novel, Phoenix Always, is now available on Amazon, and she’s already hard at work on her next book!

Get to know me:

My life is centered around living. I’m always up for new adventures, stepping outside my comfort zone, and doing absolutely anything new (That’s legal. I ain’t about that criminal life!). I don’t mind repeating adventures either. I need and crave adventure and action like a drug addict. There’s so much the world has to offer, and I want to see and do it all. I will do something just for the experience of it. Just so I can say “Been there. Done that. I even bought a t-shirt.” Or, in my case, a magnet. But the wanderlust can be a curse at times.

As a writer, I’m a complete pantster and a strict follower of the muse. My words go wherever she takes me, and I never argue. I think my career will largely be centered around the paranormal and fantasy genres, but i’m finishing up 2018 with a manuscript very much grounded in reality, per the muse. I’ll share updates on the WIP (work in progress) on my Facebook author page. In 2019 I will be churning out the second book in the Immortal Souls series with hopes of releasing it in October.